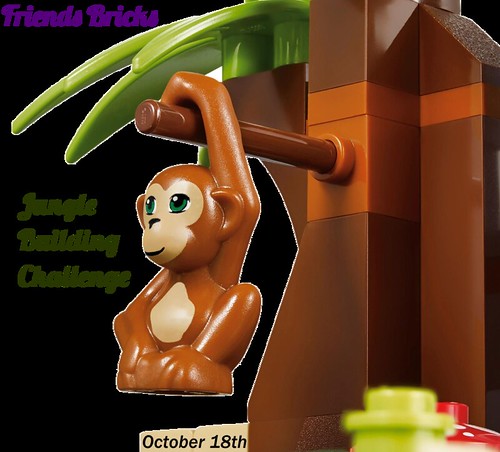 The designer's of LEGO Friends and ReBrick staff made the final choice in the "Friends in Space" building contest recently.  Here are the top three creations:

Friends Beta One by Dennis Nahabetian 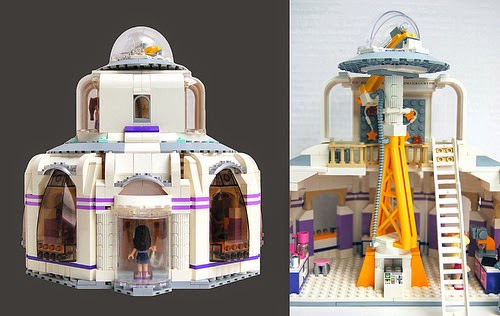 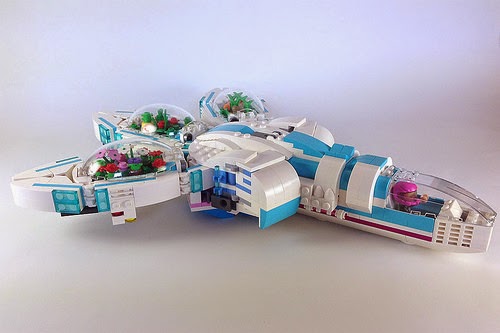 There were many other creations built with Friends bricks and loads of imagination -- take a look through this gallery of entries.  Just like any other theme, the bricks and elements in Friends sets can be re-imagined and engineered into unlimited connection placement.  Be inspired!
_____________________________________
FriendsBricks.com
Posted by LegoMyMamma No comments:

The 'Friends Are Forever' DVD was finally released in the US on August 26th and I hope it has made some fans happy! As I mentioned in an earlier post, this DVD contains Episodes 1-3; I just want to clarify that the DVD contains no footage from Episode 4 even though the pictures used on the front and the back of the case may make you believe it's all about the Sunshine Ranch and Episode 4! How misleading!!

Soon after the DVD release, Episodes 1 through 5 became available from Amazon Instant Video for digital download in the US. Back in June when we first saw the two newer episodes, Episode 4 had the title 'Country Girls'. There must have been some changes since then, because now Episode 4 is listed as 'Mia's Ranch Romance' according to amazon. Whatever the title is, it is a sweet story many fans will surely enjoy. It's my favorite episode!

Now, here's the BIG news! We had known about Episodes 4 and 5 for a while, but we were completely unaware of Episode 6 until just a few days ago! Fabie, one of our forum members from France, kindly let us know that it was soon scheduled to be broadcast on the French TV. The French title is 'À la recherche du futur marié ("Searching for the future husband")'.

Fabie was also kind enough to provide us with the detailed summary of the story as well as several cool images from Episode 6 after the show had aired. Since some of the readers here may not wish to find out too much about the newest episode, I'm not going to write any more details here. But if you are too impatient for the new episode like me, please find out more on our forum: