Look at all those bricks flying in the air -- like dirt!  I'd like a bucket to catch them! 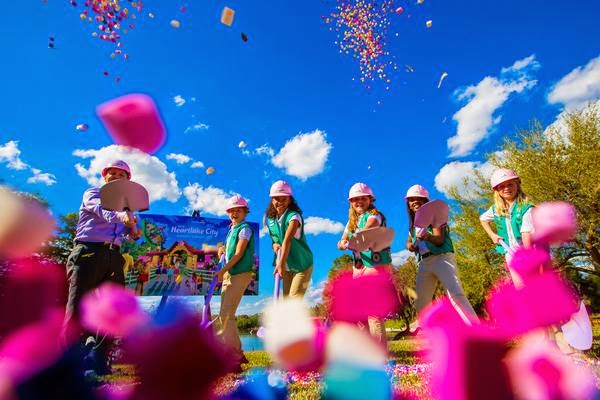 It's a Heartlake City groundbreaking ceremony and these lucky Girl Scouts / LEGO Friends fans get to be part of the building process. These new Legoland areas will be opening at most of the parks across the world in late May, or early June (check the website of the one near you).
In addition to a riding camp, carousel, car driving track, animal rescue, and building areas with LEGO bricks, there will be a performance stage and loads other Friends activities to enjoy. 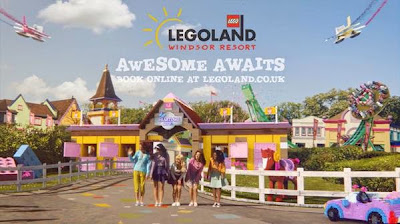