LEGO Friends Books from Ladybird and Other Publishers

Hello, Friends fans! It’s Maya again! This week I received two LEGO Friends books from UK, and I thought I should talk about the books published by the UK publisher Ladybird as well as those similar books in other languages.

The books I recently purchased are the two books published by Ladybird that were released in March: “Olivia’s Rainbow” and “Showtime!”

As I discussed in my previous book article, “Olivia’s Rainbow” has been and will be published in other languages as well: German, Dutch, UK English, US English and Polish. The Polish version appears to come with stickers instead of the mini-set with the cat.  Our forum member LFX has written an excellent review of “Olivia’s Rainbow” with lots of photos from the actual pages, so please join our forum and check it out if you haven’t done so already! 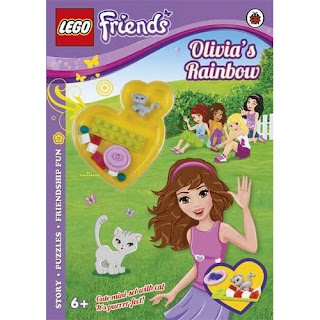 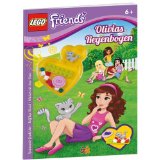 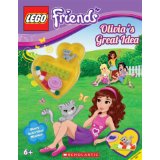 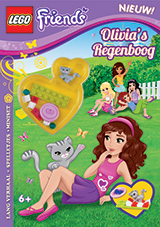 I didn’t know anything about the other Ladybird book “Showtime!” and I was quite curious about it; it has the same cover art as the Scholastic book called “Lights, Camera, Girl Power!”  I wanted to find out whether the two books contained the same story.  The books themselves are somewhat similar in size, with the Ladybird book being slightly bigger with extra 20 pages. 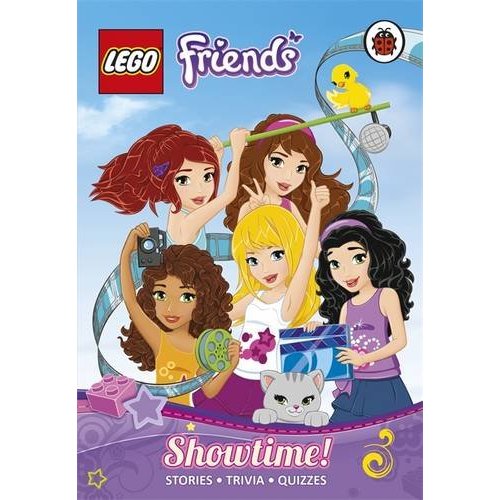 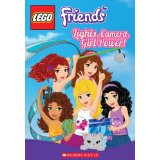 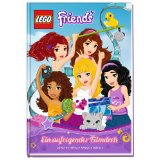 I was surprised to see that there were four separate stories in the “Showtime!” book.  What’s interesting is that a lot of the pictures that appear in two of those stories are also used in the US book “Lights, Camera, Girl Power,” and yet they are different stories which feature unique events and characters!  It appears to me that these publishers as well as a few other European publishers (including the Dutch publisher Juniorpress and the German Nelson Verlag) obtained the rights to use the illustrated materials prepared by Ameet, the Polish publisher.  They were all probably given the same set of LEGO Friends images to use in their books, and each of the publishers could come up with their own stories to match the illustrations if they wanted to.  Of course, some of the pictures show specific details, so there are similarities in what happens in the two books, but they are still different stories despite all those pictures they share. 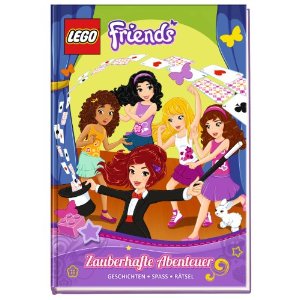 The next book to be released is a book with a mini-set called “A Treat for Goldie.” I expect the size and the format of the book will probably be the same as “Olivia’s Rainbow.”  The German version has been out since March. 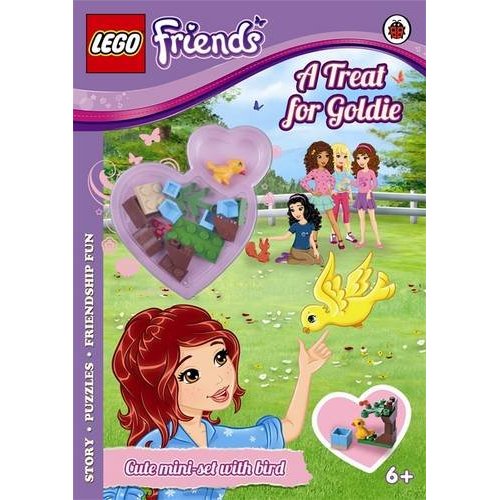 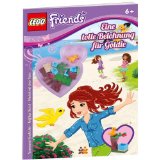 Due out in May is “Friends Forever" Sticker Activity Book.  The German publisher Friendz is also releasing a sticker book. They have different cover arts as well as different page numbers, but I won’t be surprised of those two sticker books share the same sticker designs by Ameet. 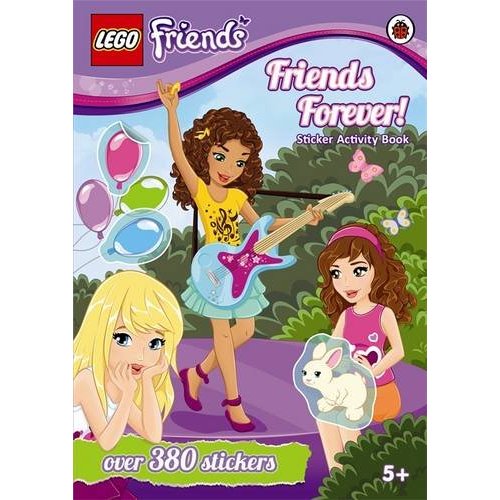 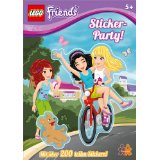 In July Ladybird will release a novel called “The Superstar Concert.”  I’m quite impressed that it will be 144 pages long!

Then “Lego Friends Official Annual 2014” will come out in August. I am not familiar with these UK books called annuals, but it appears that the modern official annuals often feature pop stars, popular TV shows and kids’ favorite characters and they are sold in time for the holiday gift season in UK. It will be a 64-page hardcover book. 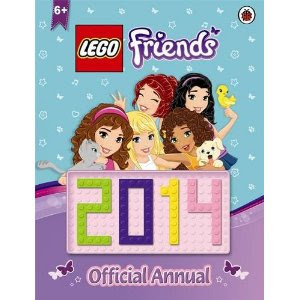 It is not a book, but in April, a LEGO Friends calendar for 2014 will be released in Germany.  It may be ordered from places like amazon.de.

Well, thanks for reading my book articles on LEGO Friends!  This is all I know about the current LEGO Friends books and those scheduled to come out in the next few months.  I’ll let you know when new titles are announced. In the meantime, I hope you enjoy your time with LEGO Friends!