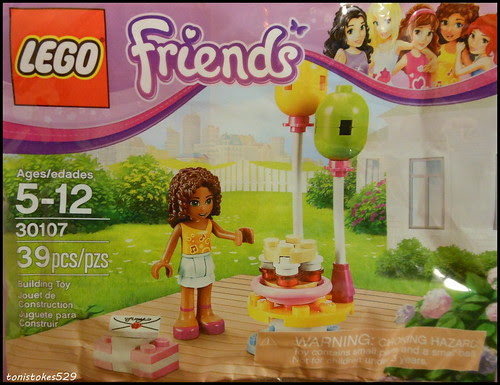 Here is the actual polybag. Let's open it up and see what's inside. 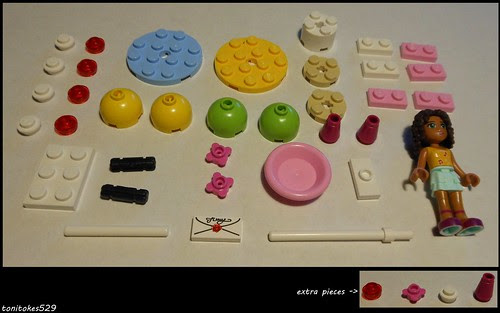 Here are the contents of the package. We do get four extra pieces
including the pink flower (which I love!) I'm a big fan of the envelope. It's
always nice to have more of those. 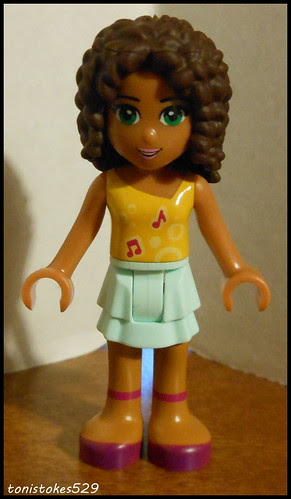 Here is Andrea. She is the same mini-doll from the 2012 Cafe set.

Here is the table with the balloons. This is a really cute mini build. I love
how they did the balloons. It is always nice to get lime green pieces. 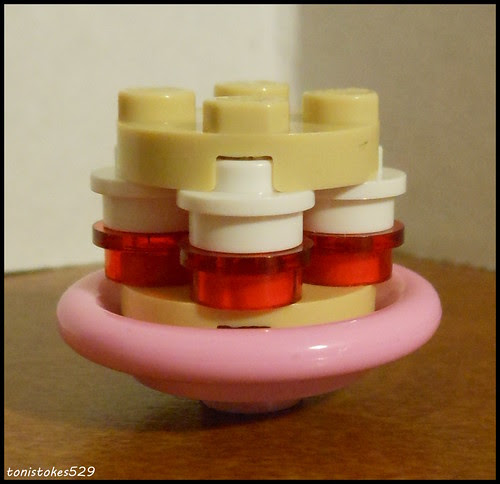 Mmmmm cake. It looks like a strawberry shortcake to me. Which makes me
want it even more. The clear red and white 1x1 round plates create a nice
effect of strawberries and whipped cream. And who doesn't love a pink
plate to put the cake on?! 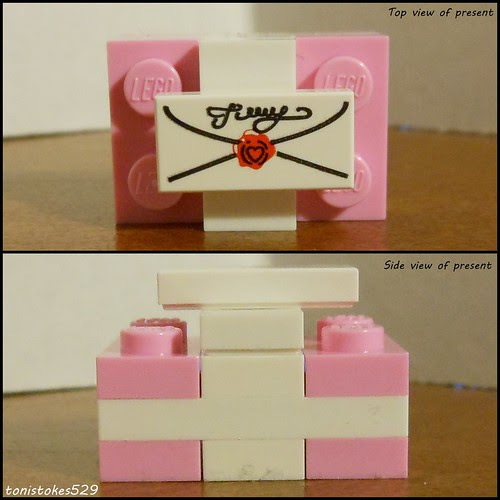 Here is the present! Is there a LEGO set in there? Let's hope! 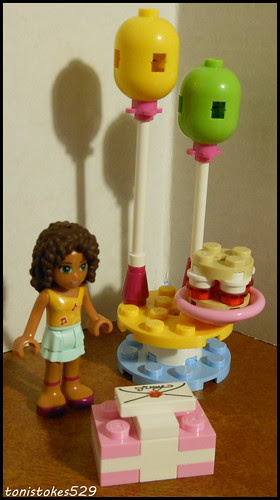 Here we have the entire set put together. This was such a great small build.
It probably took 3-5 minutes. I think my favorite part is the cake. It just
looks delicious! (No LEGO pieces were harmed in the writing of this review)