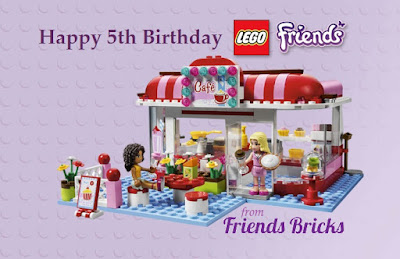 Today we celebrate the 5th anniversary of the global launch of the theme LEGO Friends.  January 1, 2012 a dynamic shift in building options began.  It affected playtime for millions of girls.  It affected LEGO fans.  It affected other toy companies.  LEGO Friends inspired a whole new world of imagination building.

A look back:
The number of girls building with LEGO products in 2011 was only 9% and after only one year of the release of LEGO Friends, that number had tripled to 28%.  LEGO Friends went on to become the second highest selling theme in the LEGO product array.

How that shift began:
In 2008 The LEGO Group began its 4-year global anthropological research involving over 3,000 girls and their families.  Typically these girls did not previous play/build with LEGO bricks due to not being attracted to the previous offerings.  These girls had no interest in the traditional minifigure, as they could not identify with them -- they preferred a toy which was a more accurate avatar (representation) of themselves.  Although many girls enjoy fantasy play, they also felt being able to play-out a more realistic scenario, such as being at home, at a favorite cafe, enjoying time with friends and their pets.  This aspect was a key part of what went into developing LEGO Friends.
In addition to product designers, the research team contained psychologists, marketing professionals, teachers, parents, graphic artists, digital content creators, within the LEGO Group and various contractors.  During company in-house sessions and at-home sessions the girls participating began to identify with the new mini-doll characters -- even requesting to keep them after the session was over.  The mini-doll underwent several stages of mold design development.  Many girls in this research group already played with dolls, such as Polly Pockets.  They also enjoyed storytelling and the creation of a storyline to enhance their play experience.
One of the core aspects of what these girls wanted in their imaginary play-world was "beauty" in design, colors, accessories, and places.  Being able to customize their playsets is the goal that led to LEGO Friends sets being modular in design.  Being modular means that the larger sets (such as Olivia's House - the theme's flagship set) are able to be built in stages to allow for: Building, play, storyline.  The bricks in the set can also be build as different style 'modules' of the house, so that it may be a traditional home, or a townhouse, or however the builder chooses to re-arrange those sections after building them.
All LEGO Friends sets consist of loose System bricks (the same bricks found in all other themes and buckets) and building instructions.  The educational gain from following instructions for the purpose of building what the set looks like on the box is that it trains girls in technology and spatial skills.  That she can also use the loose bricks to build whatever she can imagine adds additional spatial-orientation eye-hand coordination practice.  Both following instructions and freestyle building require math skills. 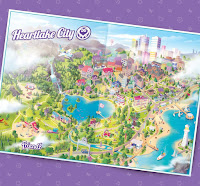 The setting of Heartlake City and its continuing storyline meld the actual building with bricks into a mental 3D world that has unlimited possibilities.  The digital experience of 2D and 3Dgames using the mini-dolls as avatars and a virtual setting re-created from the structure and activities the sets represent is key to the type of play these girls seek to fulfill their interests.  They ultimately are responsible for the creation.
Although many children have played with DUPLO bricks, the majority of children who continue into System bricks for more complex building had been boys.  LEGO Friends has altered that trend.
Even many adults have rekindled or newly-found their love of building with LEGO bricks because of this new option.
The global success of LEGO Friends has led to books, clothing, games, room decor, school accessories, and many other products to allow girls to immerse in the LEGO experience in their own style.  Legoland parks offer events for girls (and boys) to come and build with the brick types and colors found in the sets.  LEGO Friends now have permanent designated areas in these parks for full enjoyment of the imagination-building that this theme is for children.
The characters within this theme have: invented new gadgets, worked at helping animals, gone to a jungle, learned to fly, learned to run a business, sang with confidence, honed equestrian skills, learned teamwork projects in school, climbed trees to learn about nature, looked to the stars, and had a blast at an amusement park!

It began January 2012 with these sets: 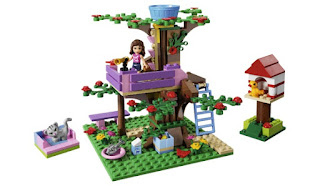 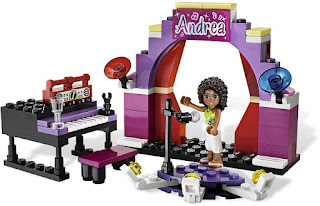 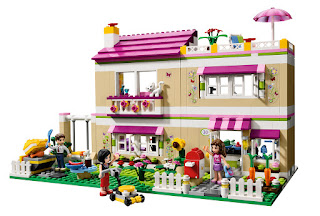 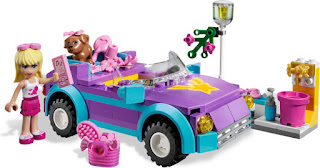 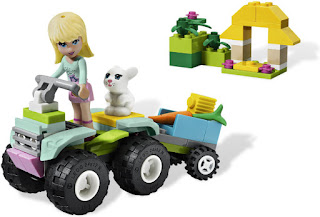 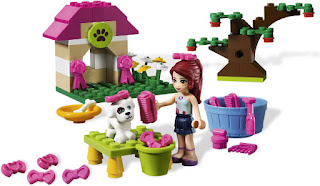 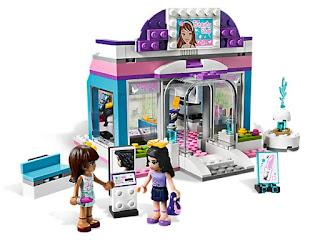 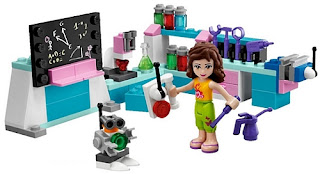 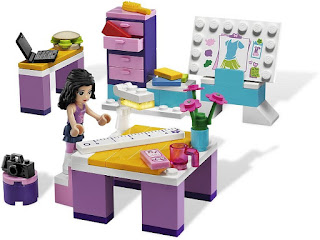 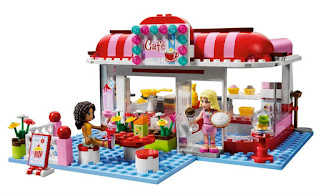 Let's hope for many more birthdays for a theme that has: inspired new builders, re-kindled a love of building for 'older' builders, and influenced sets for many other LEGO themes -- via new parts, colors, and scenarios.